The myriad statistics about diabetes, suicide and drug abuse among native American Indian children make uncomfortable reading and are symptomatic of a deeper malaise permeating their culture. This isn’t an overnight change but the result of a gradual slide into despair experienced by many tribal communities.

It is also the direct result of two fundamental issues referred to by psychologists as historical trauma (HT). 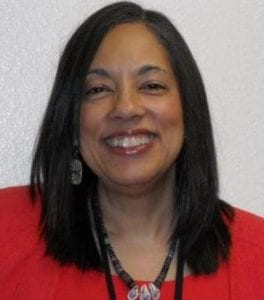 Is the term used to describe traumatic events which have caused a catastrophic upheaval across a community. The term was first used by Dr Maria Yellow Horse Braveheart in the 1980s to enable understanding of why native Americans are not living fulfilled lives.

She described it as a ‘cumulative emotional and psychological wounding’ from massive group trauma across generations.

For native American Indians this ‘cumulative’ wounding extends back over 500 years, manifesting in detrimental and debilitating effects that persist from generation to generation.

The symptoms and long-term effects of HT include but are not limited to:-

We are certainly seeing the effects of that in Native American communities today. The situation has become so dire that life expectancy at birth for the Native American population is 2.4 years less than that of all US populations combined.

Some communities face much worse odds. On the Pine Ridge Indian Reservation in South Dakota, life expectancy is only 46 for males and 49 for females.

Today there are 583 tribes recognized by the US government exhibiting visible symptoms of the effects of historical trauma.

The trauma involved in genocide, imprisonment and poor governance has led to a loss of identity and culture coupled with a growth of despair which is manifested in the symptoms we listed above.

To resolve these issues and begin to turn around the lives of native American Indian youth Dr Braveheart recommends four vital steps:-
Step one : Confront it.
Step two : Understand it.
Step three : Release the pain
Step four : Transcend and emerge from the trauma.

To achieve this, communities must be made aware of the effects and symptoms of historical trauma through education. Furthermore, they must be encouraged to share their emotions in order to begin the healing process.  Collective sharing in particular helps a community to both heal and recreate a positive group identity.

According to native American mental health specialist Elicia Goodsoldier, the key to overcoming historical trauma is found in a return to culture roots and restoring a community’s ‘original instructions’.

The aforementioned Pine Ridge Indian Reservation is one example of a community slowly overcoming the effects of historical trauma. Their situation is desperate. As well as low life expectancy, suicide rates are 300-400% higher than the American average, 40% of homes have no electricity, unemployment rates stand at around 85% and the poverty is overwhelming.  Infant mortality rates are also three times higher than the national average.

Here, the community focuses on a gentle recovery, incorporating spiritual cleansing, calling back the spirit, nurturing children and holding a Wiping of Tears ceremony to release grief. It is not an easy path, with issues of survivor guilt, depression, low self-esteem, anger and self-destructive behaviors emerging during the understanding process – but it is a start.

In the face of such overwhelming evidence, the federal government is making efforts to reverse the longstanding, debilitating effects of historical trauma which have such a grip on native American youngsters.

The Center for Native American Youth (CNAY) is also attempting to confront and overcome these issues through a series of educational initiatives.  One of these is the Brother Eagle Series of videos which aims to break the cycle of addiction and associated behavioral problems from an early age.  It does this by teaching young people problem solving skills and reinforcing healthy lifestyle choices. Areas covered including historical trauma, bullying, sexual abuse, self-harm, crisis intervention and self-esteem issues.

Despite these efforts, healthcare, rehabilitation, and support programs remain underfunded and efforts must continue to prevent the crisis from becoming an epidemic. 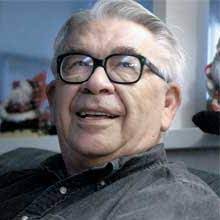 As the Indigenous scholar, Vine Deloria, Jr. wrote in Sacred Lands and Religious Freedom: “A society that cannot remember its past and honor it is in peril of losing its soul.“

Vine Deloria Jr. was a renowned activist and scholar within the Native American community. Born in 1933 on the Standing Rock Reservation in South Dakota, Deloria was a member of the Sioux Nation, as well as a descendant of the Yankton Sioux Tribe. He was a prolific author, writing extensively on Native American history, culture, and rights.