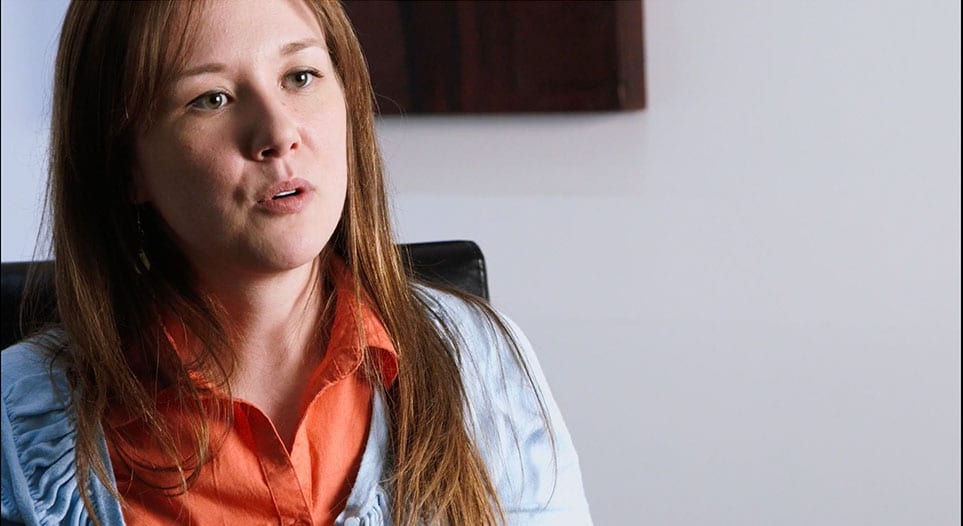 Our first shoot for Dodging Bullets began in May when we took a trip to Duluth, Minnesota to meet with two assistant professors from the University of Minnesota – Duluth, Melissa Walls Ph.D. and Michelle Johnson-Jennings Ph.D., Ed.M. Both of these women are co-director’s at the Research for Indigenous Community Health (RICH) Center, a joint collaborative with the University of Minnesota College of Pharmacy and School of Medicine, whose vision is to decrease American Indian health disparities and increase American Indian health equity through culturally respectful and responsive research collaborations involving interested tribal communities, University of Minnesota researchers, and other academic and community affiliates. They were a pleasure to meet, highly knowledgeable, and extremely helpful in setting the fundamental understanding of what Historical Trauma is and in what ways we would most likely witness it while filming this documentary.

“Historical Trauma is Only Historical, in That it Started in the Past…” Melissa Walls Ph.D. Dr. Walls [Ojibwe Sociologist] is an Assistant Professor in the Department of Biobehavioral & Population Sciences, University of Minnesota Medical School, Duluth; who received her Ph.D. in Sociology from the University of Nebraska-Lincoln with a dissertation entitled “A Mixed Methods Approach toward Understanding Indigenous Youth Suicide.” Her interview provides a relevant insight into current social issues that limit Native people’s ability to access psychological and medical care systems. She also speaks passionately about how she believes change can be made, on both an individual and cultural community level. She created a very true, modern day portrait of the situation faced by Native Americans, referencing her own life as a Native woman, witnessing how non-native people view and stigmatize Native Americans. She recognizes and defends her people, never forgetting to remind us that this film is not about every Native American, stressing to us the importance of keeping in mind that there are many Indigenous peoples living happy and healthy lives, yet still emphasizing that the disproportionate amount of struggles faced by those indigenous people in comparison to any other minority group. She provides evidence based studies and references to research she and her colleagues have been discovering through their investigations to show that the disproportionate amount of poverty, suicide, and abuse on reservations is unacceptable in a country that puts more of its money and resources into helping people from foreign countries than the lives of the people surviving and suffering in our own country.

So Historical Trauma Occurs, Affects the Group, then… After we interviewed Melissa Walls, we met with Michelle Johnson-Jennings who is a Choctaw Nation tribal member and integrated primary care psychologist. Her goal is to reduce the use of prescription drug misuse among Indigenous communities and address healthcare screenings through exploring cultural health beliefs and the influence of Historical Trauma. Johnson-Jennings was an excellent resource for us to gather more information about Historical Trauma as a viable intergeneration cause of hardship. She provided to us strong example that have occurred throughout the histories of these indigenous communities that have ultimately led them to their present day predicament. Johnson-Jennings states that Historical Trauma “began upon contact; disease, conquering, massacres, war. Then, also, throughout the generations there has been trauma that’s incurred, so it’s building upon one another.” She goes on further to say, “That gets transmitted intergenerationally, so historical trauma occurs, affects the group, and then intergenerationally is transmitted from there on, and this adds a disruption, too, of our original teachings and ways of being for indigenous people.” What this provided for us, being our first shoot for the documentary, was a working definition as to how the effects of historical trauma go beyond just health problems and addiction. She showed us that the effects stretch and impact the ways these communities participate in their own cultural activities; how historical trauma largely affects these indigenous populations and the traditions of their ancestors.

These two interviews set our film into full motion. They helped set the fire within us as a crew, to go full steam ahead. We knew there was a story here, we had done our research and we knew our broad aim with the documentary. Meeting with these two women first, helped give us the insight into the reality of the situation, and helped inspire us to cover new ground in the interviews yet to come.