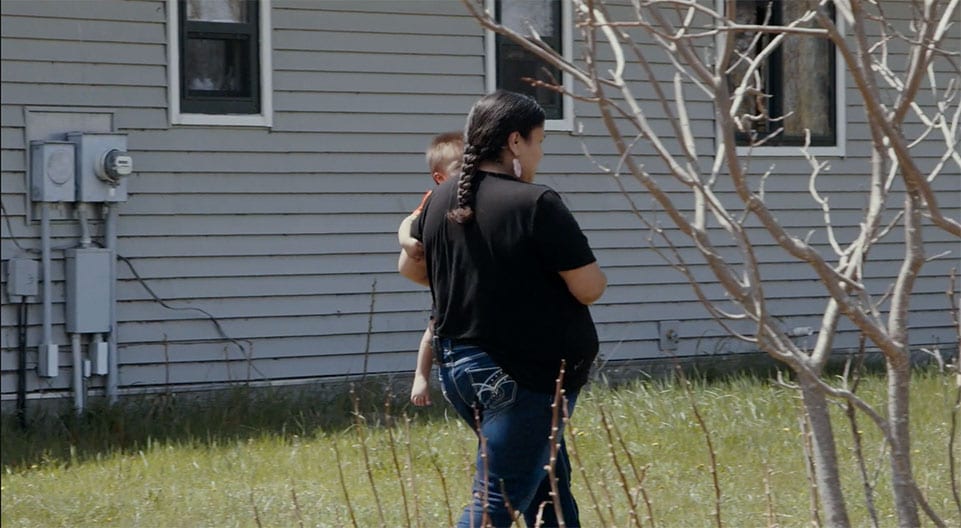 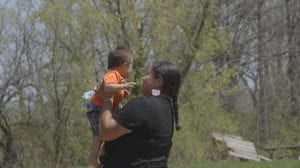 Overcoming Historical Trauma is an Everyday Event for Emmy. After our visit with Melissa Walls and Michelle Johnson-Jennings in Duluth, we made our way to Red Lake, Minnesota to meet with a young Native woman by the name of Emmy.  Her story would be the first we would capture for Dodging Bullets from the perspective of a youth suffering from the affects of Historical Trauma.  We knew going into the interview what has happened in her life, we had heard the basic stories of how her life has been touched by the multiple suicides of her friends and family.  We also knew going into the interview that this would be the first time she has opened up to strangers and cameras about the story.  We knew we had to handle this delicately, wanting to get the full story, yet not intruding into her life or making her feel like we were exploiting her story.  Our purpose was to share her story, exactly as she wanted to tell it.  It is a story that needed to be told, and it was a story that truly is shocking in its obvious implications that Historical Trauma has affected Emmy’s life.

Bob Trench had heard about Emmy through a letter she had published in the Red Lake Tribal newspaper at the age of 16, that then went on to be discussed at length by Minnesota Public Radio.  In the letter that she wrote she’s discusses her depression, how she developed it, how it impacted her life, and how she ultimately learned to cope with the losses of her friends and family.  Although the article itself is quite short, it really hits a nerve; reading this young woman’s struggle with depression from the multiple suicides that affected her life truly opens the readers eyes to the struggle happening on many reservations  Her article is courageous, I can only imagine the inner battle that was waged for her to write this letter and have her life opened up so publicly.  At the time the letter was published in 2005, Emmy had lost 5 friends and relatives to suicide.  When we met with her in May of 2014, she couldn’t even give us an exact number saying that she has lost count but that it is somewhere “between 15 and 20.”  What that tells me is that after almost 10 years, the people of the Red Lake reservation are still suffering from suicide and depression.  Emmy’s original letter from 2005 was noticed and discussed, but what has happened since?  Why are these young people still suffering?  How do we make a change?

Sitting down with Emmy in 2014 was just as intense as it would have been to meet with her in 2005.  She recounted the stories of loss to us again, she told us how she sought treatment, and she told us how she continues to step forward in her healing process.  When you look at her in this interview, you can see that she is no longer a 16-year-old high school student; she is a beautiful Native woman, mother of an adorable baby boy, and a proud member of her tribe and heritage.  Overcoming Historical Trauma is difficult if not impossible, after 10 years, it is still apparent that Emmy is haunted by these tragedies in her past.  Although her story itself is sad, it is in her outlook and optimism for healing that the real story that ties into Dodging Bullets comes out.  She looks to her native traditions for emotional release, discussing how she became a woman’s traditional dancer, because it made her feel closer to her tribe and elders, attending sweat lodges, and putting out her tobacco every day.  Her healing came through her own exploration of her traditions and customs, and this is what has helped her.  What we have heard from all of the experts is similar, that in order to overcome historical trauma, those affected by it need to find or develop pride in who they are.